A Du’a a Day: Prophetic Prayers for Ramadan 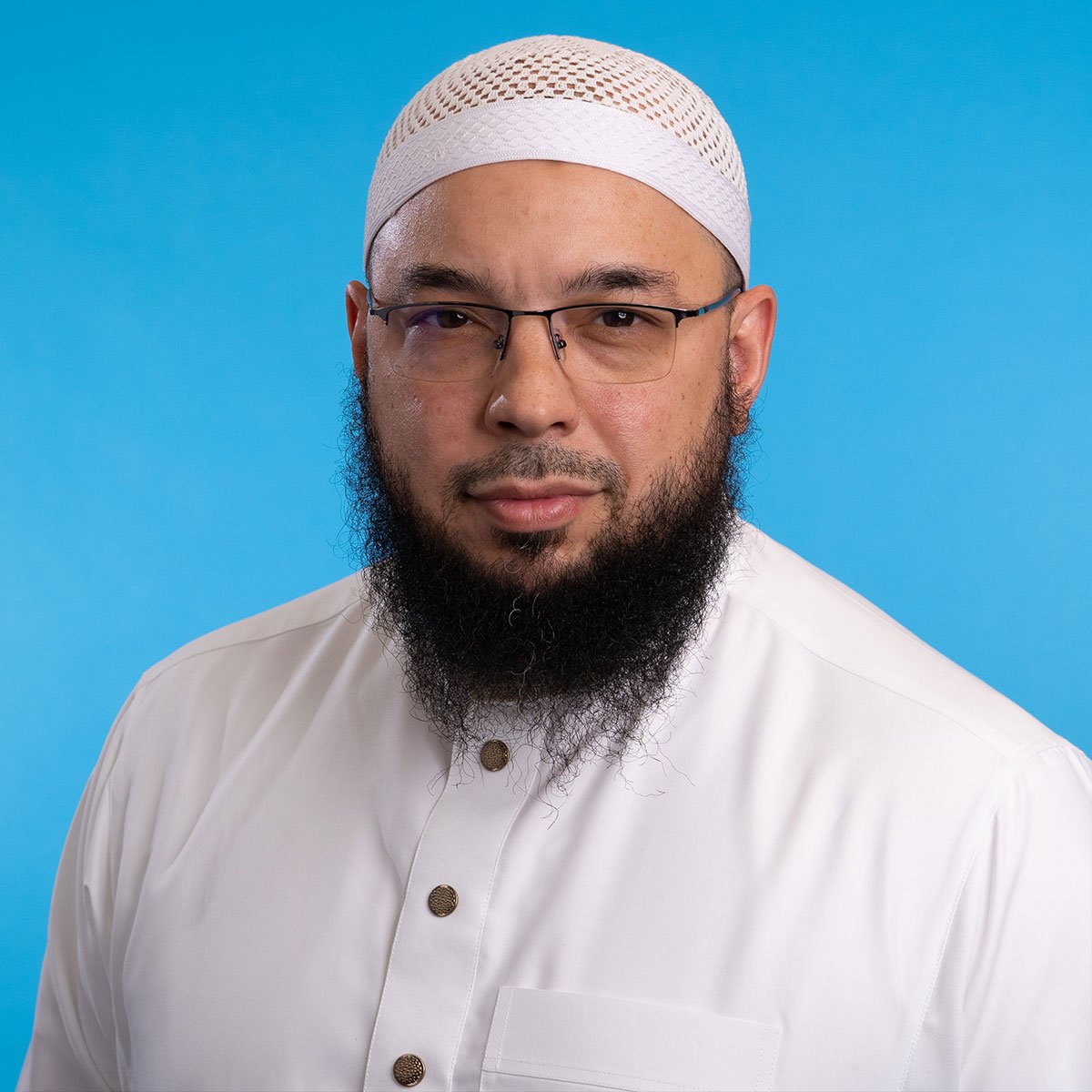 by Dr. Tahir Wyatt,Justin ParrottandYousaf Jahangir
April 12, 2021
Tags:
Daily ReadsRamadan
Disclaimer: The views, opinions, findings, and conclusions expressed in these papers and articles are strictly those of the authors. Furthermore, Yaqeen does not endorse any of the personal views of the authors on any platform. Our team is diverse on all fronts, allowing for constant, enriching dialogue that helps us produce high-quality research.
بِسْمِ اللهِ الرَّحْمنِ الرَّحِيم
In the Name of Allah, the Merciful, the Beneficent
Download the digital version here.

Section 1: Prayers for guidance and forgiveness

Section 3: Praying for others

All Praise is for Allah, Lord of the Universe, the Only One worthy of worship. Peace and blessings be upon the final messenger Muhammad ﷺ and all those who follow his way with righteousness until the end of time. He taught us how to worship our Lord and his teachings are sufficient for us, exemplifying the best manner of calling on Allah.
One of the greatest acts of devotion that we can perform in the blessed month of Ramadan, and at any other time of the year for that matter, is supplication (duʿāʾ). The Prophet ﷺ said, “Supplication is (the essence) of worship.”1 Every act of worship carries an explicit duʿāʾ (such as prayer) or an implicit duʿāʾ by which we ask Allah to accept whatever good deed we are doing.
The best supplications are taken verbatim from the Qur’an and Sunnah. Some of them are more powerful and concise than others, while some are more appropriate to a specific context. The Prophet ﷺ once passed by his wife Juwayrīyah who had been supplicating in her place from the time of fajr until after sunrise. He ﷺ said to her, “I said four statements after I left you, three times each. If these words were weighed against whatever you have said since this morning, it would surely outweigh them: Glory be to Allah and His praise by the number of His creation, by His pleasure, by the weight of His Throne, and by the vastness of His words.”2
We should strive to memorize prophetic supplications and utilize them often. If we are unable to do so, then understanding them and utilizing their translations can suffice. Prophetic words have a special impact on the heart, particularly because of the rich meaning of the original Arabic and the wisdom of the All-Wise Who revealed them to him. We must also strive to cleanse our hearts of arrogance, lowly desires, and other such spiritual flaws in order to maximize the positive impact duʿāʾ can have upon us. Duʿāʾ itself is a means of purification of the soul.
While it is permissible to supplicate in our own wordings in any language, it is also possible to transgress in supplication. This can happen if we do not follow the proper etiquette or conform to the Qur’an and Sunnah. ʿAbdullāh ibn Mughaffal (ra) heard his son supplicating, “O Allah, I ask You for the white palace on the right side of paradise when I enter it.” ʿAbdullāh said, “O my son, ask Allah for paradise and seek refuge in Him from the hellfire, for I heard Allah’s Messenger ﷺ say: There will come some people who will transgress in ritual purification and in duʿāʾ.”3 In this instance, going into such detail and asking for very specific things is frowned upon. ʿĀʾishah said, “Allah’s Messenger ﷺ used to like comprehensive duʿāʾ and would leave off other kinds.”4 This is why it is so important to adhere to the etiquette of duʿāʾ.

How to use the book

In total there are twenty-nine supplications in this small booklet. They revolve around four themes pertinent to the month of Ramadan: guidance, good habits, prayers for others, and supplications specific to the last ten nights. However, our goal is not simply that you memorize the duʿāʾ. We want you to understand the duʿāʾ. This is why we have added a brief overview of each duʿāʾ to help you better understand its meaning. We recommend following the booklet in order, devoting each day to reading one duʿāʾ, its translation, context, overview, and notable benefits. We also recommend memorizing these supplications and adding them to your daily acts of worship. If you dedicate just a few minutes daily, you will complete this booklet by the end of Ramadan inshāʾAllāh.

I. Prayers for guidance and forgiveness

All of us are in perpetual need of Allah’s guidance. This is why Allah prescribed for us to recite Sūrat al-Fātiḥah in each unit of the five daily prayers, containing the duʿāʾ, “Guide us to the straight path.”5 Without guidance from Allah, we could not worship or serve Him properly. Life would be very confusing and its purpose would be unclear. We are always in need of guidance: we need Allah to show us the right path, we need Him to help us walk that path, and we need Him to maintain that guidance for us until we reach our destination.
(1.1) Prayer for guidance and integrity
اللَّهُمَّ اهْدِنِي وَسَدِّدْنِي
Allāhumma ihdinī wa-saddidnī
Translation: O Allah, guide me and keep me upright. [Muslim]
Context: This is a duʿāʾ that the Prophet ﷺ taught his younger cousin and great companion, ‘Alī ibn Abī Ṭālib (may Allah be pleased with him). Imam Muslim narrates that Allah’s Messenger ﷺ said to ʿAlī: Say, “O Allah, guide me and keep me upright. When you mention guidance, visualize the straight path, and when you consider sadād, think of aiming an arrow straight at its target.”6
Overview: This is a truly wonderful duʿāʾ that is brief yet comprehensive. When we ask Allah for guidance we are really asking for knowledge of the truth and the ability to adhere to it. Guidance is essential for success in this life and the next. It is through this guidance that we set goals that are pleasing to Allah and follow a path that leads to Paradise. However, in order to achieve these goals, we need to remain upright on the straight path and not deviate from it. This is the meaning of sadād. Imām Al-Nawawī mentioned that the sadād of the arrow is aiming it straight. So when we ask Allah for sadād we are asking Him to grant us success by making us upright and straight in all of our affairs.7
This is the beginning of the blessed month of Ramadan. Beginnings tend to be met with fervor and excitement. If we have fasted before, we may rely on our past experience and not realize how much we need Allah’s guidance. We may think that it is simply our willpower that will get us through the day of fasting. However, it will not happen without Allah’s guidance. The Prophet ﷺ himself said, “O Allah, had You not guided us, we would not have given charity or performed prayer.”8
Furthermore, embarking on the path is no guarantee that we will stay on the path or complete the task. The Prophet ﷺ was reminding ʿAlī of this when he said to him “think of aiming an arrow straight at its target.” A minor defect in the arrow, a gust of wind, or any other unexpected occurrence can cause an arrow to miss its target. A person might be in the right place at the right time (i.e., they have been guided to the right path), but it does not guarantee that the target will be hit (this is sadād). This is why we must ask Allah for both guidance and sadād.
Notable Benefits:
Asking for guidance is an essential part of our religion, but following that guidance is not always easy. Implementing what we know to be true often involves overcoming bad habits or controlling our base desires. Therefore, we should also ask Allah to make following the guidance easy for us.

(1.2) Prayer for the ease of following guidance

III. Prayers for others